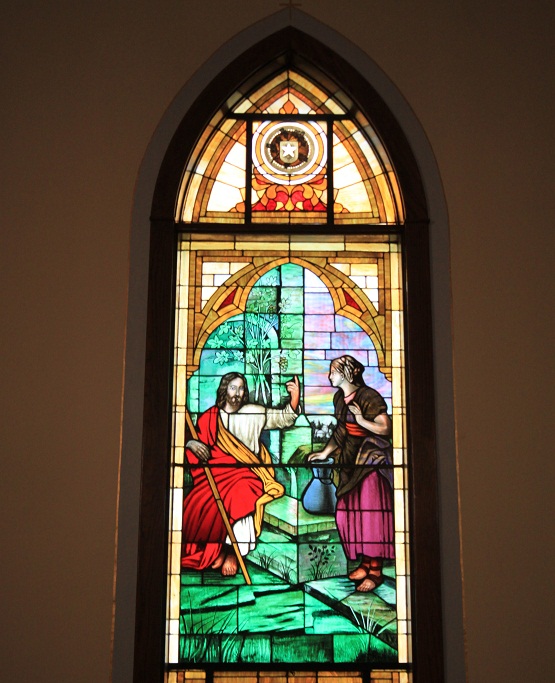 The first record of St Peter Lutheran Church is found in a deed, recorded September 27, 1858, for two and one-fourth acres of land to three trustees: Harm Monk, Henry Kalkwarf and Wilke Hogelucht; the purpose of which was to build a church and a create a cemetery. The original property is located four miles south of the present church. A cemetery remains on the original site and is maintained by our congregation.

The present forty acre church property was purchased from the Illinois Central Railroad Company in 1863. A church building was erected and as the congregation grew, various improvements were made. The old church building was moved from the original site to the church’s present location in 1871 and served as a school house for thirteen years. The first parsonage, which later served as a janitor’s residence, was built in 1872. The tower and bell, which adorn the present church building, were added in 1883. In 1908 a tracker pipe organ was installed.

The present church building was erected in 1910 and was dedicated on October 23 of that same year. Four years later the present parsonage was constructed. The first of the stained-glass windows was installed in 1915, with others added over time.  Each window features a Bible verse in both German and English along with the names of donor(s) and year of installation.  Later additions to the church building include a cloakroom, cry room, and restrooms, completed in 1958. The pipe organ fell into disrepair, but was restored between the years 1982-1986.

In 1938, the present parish hall was erected in commemoration of the congregation’s 75th anniversary.  Ten years later in honor of the congregation’s 85th anniversary, a kitchen wing and other miscellaneous improvements to the parish hall were made.  A beautiful stained-glass window decorating the front of the Church Hall was placed in 1996 in memory of the late David Aeschliman, created from artwork drawn by David before his tragic accidental death. The kitchen, auditorium and entryway all underwent extensive renovation and updating in 2008.

For nearly 160 years the pure and unadulterated Word of God, with its glorious Gospel message of free grace in Christ Jesus, our only Savior and Redeemer, has been proclaimed in St. Peter Lutheran Church and the Holy Sacraments administered according to their divine institution for the salvation of souls. All honor, adoration and praise be to the Most High God; Father, Son, and Holy Spirit for all His goodness and mercy!